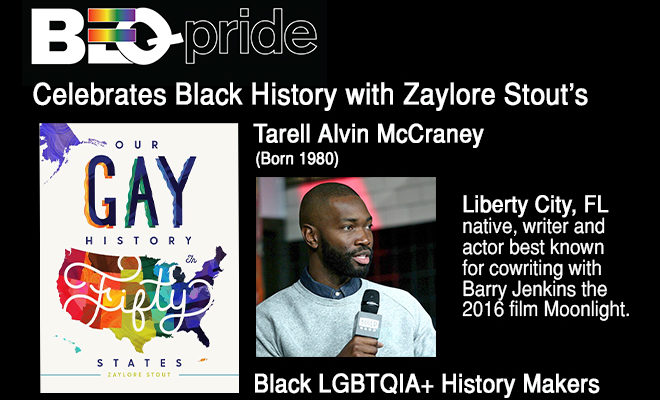 Tarell Alvin McCraney (Liberty City, FL) is a writer and actor best known for cowriting with Barry Jenkins the 2016 film Moonlight. The script for the film was based on his play In Moonlight Black Boys Look Blue, based on his lived experiences with being gay and raised by a mother who struggled with drug addiction. Moonlight won several awards in 2017, including Oscars for Best Picture and Best Adapted Screenplay. McCraney’s other writing credits include the film High Flying Bird (2019), and the plays Head of Passes (2016) and Choir Boy (2012), among others. McCraney holds a degree in playwriting from the Yale School of Drama, where he now chairs the program.