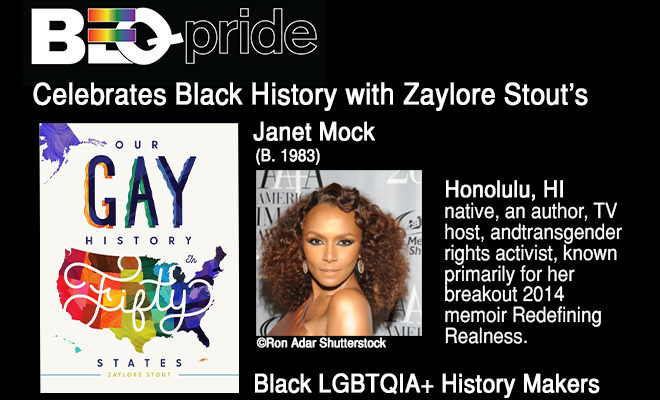 Janet Mock (Honolulu, HI) is the former editor of People and Marie Claire magazines. Mock is an author, TV host, and transgender rights activist, known primarily for her breakout 2014 memoir Redefining Realness. Mock, who is part native Hawaiian, spent most of her youth in Honolulu and studied at the University of Hawaii in Manoa before eventually moving to New York City for her master’s degree. In 2011, she came out as transgender in an article for Marie Claire. Mock has received many awards for her activist work, including the Sylvia Rivera Activist Award, the Inspiration Award at the GLSEN Respect Award, and the Stonewall Book Award.