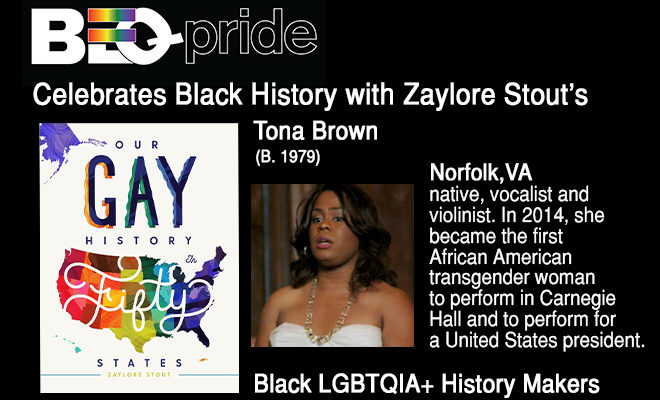 Tona Brown (Norfolk, VA) is a vocalist and violinist. In 2014, she became the first African American transgender woman to perform in Carnegie Hall and to perform for a United States president. Early in her career, she toured with the Tranny Road Show, a group of transgender performers. Brown also appeared in the Netflix show City Lightz and starred as La Principessa in the opera Suor Angelica.