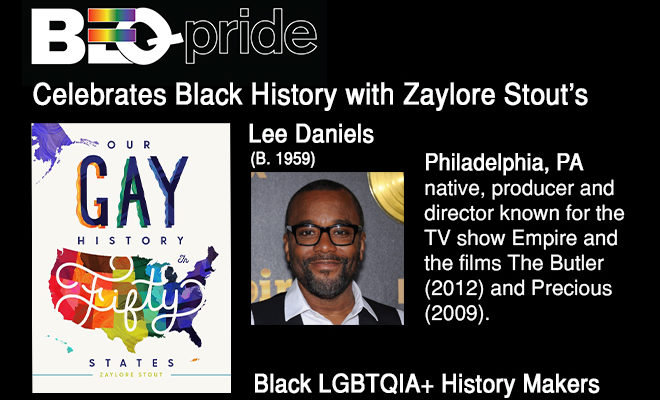 Lee Daniels (Philadelphia, PA) is a producer and director known for the TV show Empire and the films The Butler (2012) and Precious (2009). As a child, Daniels’s father often beat him for expressing femininity and spurning him motivated Daniels to come out as gay. Later, Daniels attended Lindenwood University in Missouri before moving to Los Angeles in 1980, where he worked in casting for Prince’s films Purple Rain and Under the Cherry Moon. Daniels’s work has received multiple accolades, including six Academy Award nominations for Precious, which won Best Adapted Screenplay and Best Supporting Actress for Mo’Nique.