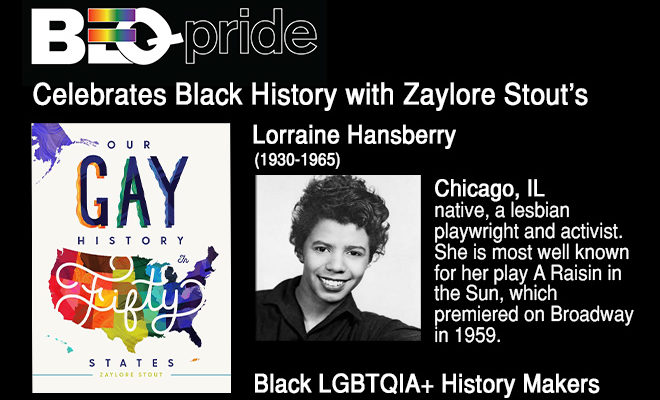 Lorraine Hansberry (Chicago, IL) was a lesbian playwright and activist. She is most well known for her play A Raisin in the Sun, which premiered on Broadway in 1959. The play was the first written by a Black person to be produced on Broadway, and Hansberry was also the youngest American and the first Black playwright to win the New York Drama Critics’ Circle Award for Best Play. She married writer Robert Nemiroff in 1953, and divorced in 1964; the two remained friends and continued to creatively collaborate. In 1965, Hansberry died of pancreatic cancer at the age of thirty-five. Before her death, she wrote anonymous letters to The Ladder, a lesbian magazine, about her struggles as a closeted lesbian married to a man.