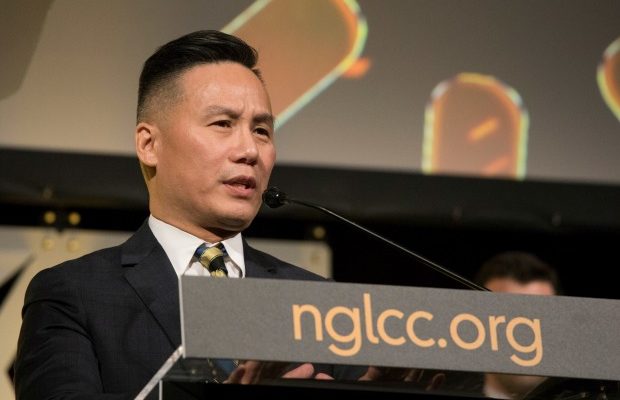 On November 18, over 900 LGBT and allied leaders in business, policy, and advocacy gathered  in Washington, DC for the 2016 National Dinner Awards. The record-breaking and star-studded event followed the successful launch of the inaugural NGLCC Global LGBTI Business Week, which brought LGBT and allied business leaders from around the world to Washington, DC. Both events recognized the tremendous success of the LGBT business community in 2016, but also highlighted the continued work needed to further LGBT business equality.

“NGLCC is more committed than ever to strengthening the LGBT business community and we are not alone in that essential mission, as our sold-out National Dinner proves year after year,” said NGLCC Co-Founder & CEO Chance Mitchell. “Over the last year, we have added two new federal agencies and over a dozen new corporate partners, and they are just as committed to empowering the economic futures of the LGBT community as we are.”

The evening was attended by some of the country’s most successful and inspiring LGBT business owners, corporate diversity leaders, elected officials, celebrities, as well as representatives from NGLCC Global international affiliates from around the world. The National Dinner represented a successful conclusion to the inaugural NGLCC Global LGBTI Business Week.

One of the evening’s highlights was the thrill of reflecting on the tremendous growth seen year after year in the LGBT business community due to the opportunities, partnerships, and advocacy victories championed by the NGLCC and its partners. In doing so, the NGLCC honored four exemplary individuals and companies who represent the very best in the organization’s nearly fifteen year mission to grow the economic vitality of LGBT businesses across the United States and throughout the world.

The National Dinner Award honorees for 2016 are:

Corporation of the Year – given to a corporation for their outstanding support and dedication to ensuring fairness and equal opportunity for LGBT suppliers, customers, and employees

The 2017 National Dinner will once again take place in Washington, DC.