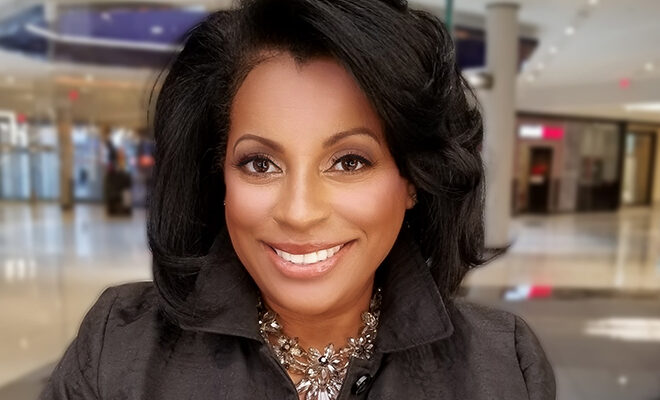 Now that we are more than 20 years into the 21st century do we belong yet? What does belonging look like now, anyway? In case you haven’t received your memo, I am here to share with you that it is time for you to stand and be counted —to be seen and heard because you belong.

Every June since 2012 I start off the month thinking about the Stonewall uprising. Specifically, I think about the brave souls who demanded to be seen and heard that summer night in 1969 and every other brave being whose courage paved the way for progress. I am forever grateful for the people who live unapologetically in their truth and take action.

It is easy to be distracted by the commercialism and the corporate coopted rainbows on everything in celebration of hard-fought battles for equality. Performative activism done to increase social capital and brand affinity—leveraging Queer magic, while remaining silent on Queer survival— is officially canceled. If the brands changing their social media profile image to a rainbow or creating limited edition Queer-affirming products or supporting LGBTQ+ workplace inclusion would use their political influence in state legislatures around the country, then many anti-LGBT bills would never be passed.

For BEQ, PRIDE is about the realization that you belong — the promise of life, liberty and the pursuit of happiness is already yours. Our task is to get busy shining a brighter light on any path that works. There are many ways to belong, but belonging begins within you. Our Summer 2021 issue is all about belonging. Precisely, when you take full responsibility for creating spaces where you can show up fully and authentically as you, or when you assert your right to be seen and heard, that is when you belong to you.

Our cover feature is about family. Whether biological or chosen, nuclear or extended, having an understanding, loving and supportive family is like an anchor especially when times get rough. Matt Tinney is the founder and owner of LGBT-certified Windows Management Experts and a self-styled ethical leader. After two life-altering events, he is clear about what it means to belong to a community and what it means to belong at work. Matt puts family first and people over profits.

Louise Leanne Savia Ortega-Wright (also known as Savia Rocks) was born to immigrant parents in London, a third culture kid navigating distinctly different family dynamics. Savia talks about the strong influence her grandmother played in her life. After success in the music industry, she left singing and songwriting and started a career in photography. Savia and her wife Jessye found love through a dating app and belonging in a new way. The couple are partners in podcasting and in life. I was a guest on the Us People Podcast earlier this year and I subsequently learned and loved their mission — a lovely couple. London, here I come.

Thor Falk was the muse for my foray into publishing back in 2012. President of Falk Research, an LGBTBE®, he provides qualitative and quantitative marketing insights for businesses. Since 2020 he has become a real estate agent and started a coaching business. Because of Thor, I purchased a license for a diversity magazine. Trust me, it’s a long story; let it suffice to say I formally found my ally superpowers after one interaction with Thor in Orlando, Florida. I’m sure he had no idea at the time but bumping into him changed the trajectory of my life. Now Thor has successfully launched the Winter Park PRIDE Project and he and his team of faithful volunteers will fill Winter Park, Florida with 1,000 Pride flags throughout town. Thor is helping Winter Park, Florida residents and businesses signal to all who need to know they belong.

Ryann Brooks has authored many insightful articles for BEQ Pride over the years, from @DoctorJonPaul to Nielsen’s Matt Hanzlik to Desmonde Monroe to Irene Brank and her daughter Sam. This time Ryann is writing about her conversation with trans activist Karen Kendra Holmes. As Ryann confronts anger, hate and fear in her own life, Karen offers advice and an ear as she embarks on a new journey of advocacy on behalf of her daughter Ashley. Sometimes we find we can set conditions and facilitate an environment that encourages belonging — a primary role for parents of young children. Ryann rocks!

In the business community, belonging can happen by joining community organizations. Seattle’s GSBA, an affiliate of the National LGBT Chamber of Commerce (NGLCC), is an award-winning community and social justice-centered agency. It is not only the largest LGBT business organization in North America, it is also the oldest – it has been in existence since 1981. From out travel to scholarships to community small cash grants, this affinity chamber shows up in the community to be seen and heard creating space and facilitating inclusive community building centered on social justice and equality.

The Ocala Chamber and Economic Partnership is a catalyst for a prosperous community. The Ocala Metro CEP was awarded Chamber of the Year by the Association of Chamber of Commerce Executives. The Ocala, Florida area was hit hard by the Great Recession with almost no chance of recovery without rethinking how it addressed economic development — so they did through a merger and an innovative new business model. This article is a tale of two chambers meeting the needs of 21st-century businesses by focusing on belonging.

Charles “Chuck” White is vice president of procurement at Nationwide Mutual Insurance in Columbus, Ohio. Chuck is a leader made for these times — a leader’s leader. Besides being raised in a family of entrepreneurs and strong women, he served almost 10 years as a Naval Aviator with over 1,950 hours logged in high-performance carrier-based jet aircraft. Since 2018, he has been leading procurement for Nationwide and taking a special interest in supplier diversity and the economic impact in the community as a result of their investment in the program.

When speaking with Chuck White, you quickly come to understand his brilliance and his ability to uplift anyone in his company (pun intended). His skills and passion for procurement and sourcing are second to the value he places on family. He is a family kind of guy and he brings that quality to his team. He’s the kind of leader that cares about the people who work with him at Nationwide, but it doesn’t stop there. He is committed to engaging diverse suppliers and to growing the number of LGBTBE® suppliers participating in Nationwide’s supply chain.

Diversity is about the numbers; Inclusion is making the numbers count. Belonging in the 21st century is the same as it has always been — an inward journey. In this issue, you’ll find that each of our subjects decided to belong first and then things shifted into place. So, what does belonging look like now? In the 21st century, it means you are standing up, being heard (don’t stop until you are heard) and taking action. 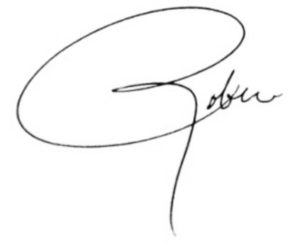